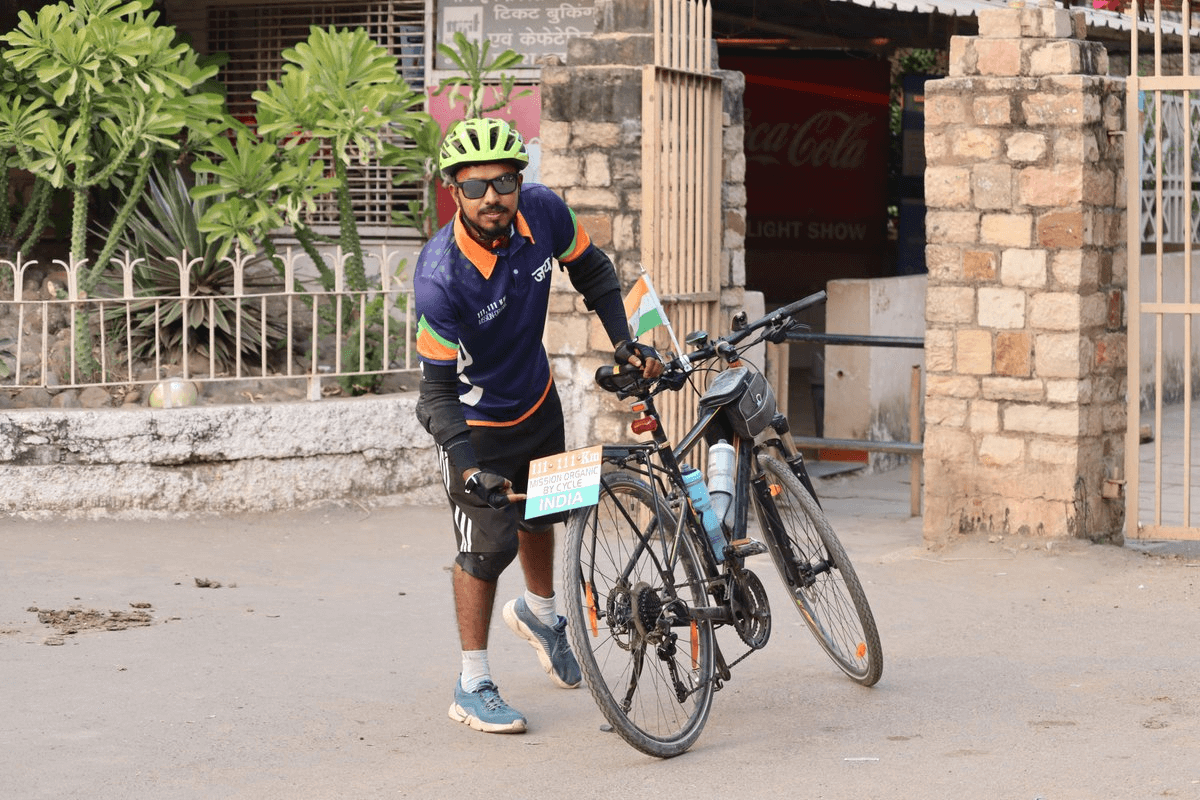 World Bicycle Day: Stories of 3 cyclists whose journeys have been nothing but a wild ride.

We all loved our bicycles when we were little, starting with training wheels and then the joy of being able to ride without them, but why should bicycles be just a remembrance of our childhood?

You can fit around fifteen bicycles in the same space that a car occupies and it is twenty times cheaper to maintain a bicycle than a car. The United Nations General Assembly, In April 2018, declared June 3 as World Bicycle Day. The idea behind it was to spread awareness about the advantages of using Bicycles which are not only Affordable and Reliable but are also a great way to stay fit and healthy.

Here are the top 3 stories that made us want to Hop on and ride away.

Everything is fair in love & war, so is pedaling to another country.

PK Mahanandia was a sketch artist from Odisha who left his village to sketch on the streets of Delhi
One wintery evening of 1975 changed everything for PK when Charlotte Von Schedvin, a Swedish tourist, approached him to draw her portrait.

PK Mahanandia was quite famous because of his art and claimed “creating a portrait in 10 minutes’ ‘. That caught Charlotte’s eye & she decided to get her portrait done. He was taken aback by her beauty and was barely able to calm his shaky wrists so he asked her to visit the next day.

When PK was born, the village astrologer had predicted that PK would marry a girl who is from a faraway land, has a Taurus Zodiac Sign, is interested in music, and has a jungle. PK knew Charlotte was the one when he got to know that she was a Taurus, played the flute, and owned a jungle.

Mahanandia asked her to come to his village in Orissa. They went to Konark Temple and got married with the blessing of his family.

Sadly Charlotte had to go back to her home in Sweden. She made Mahanandia promise her that he will follow her. He couldn’t wait for long and a year after she left he sold his things for a bicycle and cycled all the way to Europe to fulfill a promise he made to the love of his life.

The way this love story pans out almost sounds like a fairytale, but Oh the things people do for love.

An 18,500 km journey to educate people about organic farming

The pedal journey of Neeraj Prajapati gave him the name of Haryana’s Bicycle Man. He covered  Haryana, Punjab, and Rajasthan, to spread the word about organic farming

Neeraj Prajapati is an Engineering college dropout from Sonepat. The use of pesticides is one of the biggest reasons behind the frequently rising graph of Cancer and Lung Diseases. Neeraj wanted to spread awareness about the same which is why he chose to pedal through the farmer states and educate them about organic farming. Just like every action has a reason. One day during a conversation with his friend, Neeraj heard about Cancer Train, which takes cancer patients to Bikaner for treatment. This conversation shocked Neeraj. He was aware of the malpractices of pesticides to increase farm yield. Hence, he decided to pedal. He started his pedal journey in April 2019 and has helped many farmers by listening to their problems and finding solutions for them with the help of an organic farming expert.

In a world where everyone is so immersed in themselves, Neeraj took out time for Farmers and Pedaled for a greater cause.

Meet Mohit Kapoor, the man who sold his cell phone to purchase a travel bag and cycle through India

22-year-old Mohit Kapoor set out on his cycling escapades when he was a teenager, a Cycle enthusiast, and a traveller by heart. He started his journey exploring Rajasthan but he wanted more. After which he decided to travel from Kashmir to Kanyakumari he hit the road and went from the Rohtang Pass near Manali in Himachal Pradesh to Vivekananda Rock Memorial at the Southernmost point of India.

Alone, with no money in his pocket, he set out to explore the unexplored. This young boy even sold his cell phone to purchase a travel bag and other things for his journey. Along the way, he would get food and take shelter at Gurdwaras and Temples.

He met a good number of people while traveling and had conversations about life.

“I love the feeling of the fresh air on my face and the wind blowing through my hair. I felt independent when I was on the road and you learn a lot from being independent” says this aesthetic voyager.

He reached Kanyakumari at night expecting to find a place to stay but since it was Saturday night and all hotels were occupied he slipped into his sleeping bag and slept behind a rock that outlooked the Indian ocean. He woke up the next morning, saw the sunrise, and spoke to the locals. That’s when he realized that all the excitement associated with traveling is the journey and not the destination”.