5 Films that will Stir up your Nationalism

Can you imagine what it would be like to live in a country without freedom, under someone’s rule – something our forefathers dealt with under British rule.  As we know it now, their sacrifice made it possible for India to become a free nation.

Patriotic fervor is in the air as Indians are gearing up to mark their 75th Independence Day. On this 75th Independence Day, let’s not forget the struggle of those who helped make it a reality. Because Independence Day is on a Sunday this year, the weekend will be fun and everyone will be enjoying the holiday mode much earlier than normal. Is there anything better than watching movies that capture the spirit of Independence Day?

Bollywood has delivered many patriotic movies that make us proud to be Indian. This article will explore some of the best Bollywood films that are guaranteed to instill a feeling of nationalism within you. 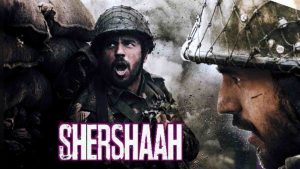 This Independence Day, ‘Shershaah’ is the perfect watch for those who desire to feel the flame of patriotism. It is based on the story of a PVC awardee Indian soldier, Captain Vikram Batra whose contributions contributed to India’s victory in the Kargil war of 1999.  Rather, it is the journey that matters in Shershaah, not the destination. ‘Bhuj: The Pride of India’ is another film that celebrates the glory of Indian unity. It recreates the 1971 Indo-Pak war when the IAF airstrip at Bhuj was destroyed. The film is based on the story of Indian Air Force squadron leader Vijay Karnik and how he, along with 300 local women, rebuilt an IAF airbase. This act of resilience spurred the country to victory and boosted India’s morale. 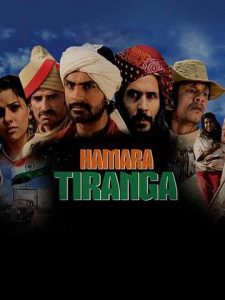 Hamara Tiranga tells the story of a righteous uprising during pre-independence India. This film depicts how a remote Indian village people fought and ultimately won their war against the British Empire during the year 1942. Freedom, and the satisfaction of teaching their oppressors something about humility, are the rewards of their courageous resistance. 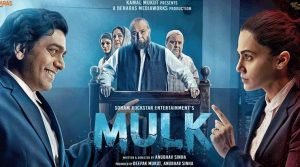 Films like Mulk demand your attention. In a time of turmoil, it is a voice of reason in chaos. Mulk is based on a true story about a Muslim family struggling to regain their honor after one of its members takes up terrorism. Mulk is more than a film; it is a voice of a society working relentlessly to dismantle prejudices that afflict a certain community in the modern world. Films like this are relevant, brave, and a must-watch. 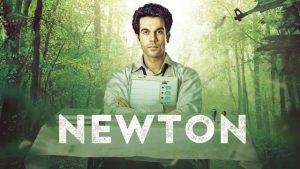 As a political satire and Oscar contender, Newton effectively exposes the flaws in the dysfunctional democratic system. The impeccable screenplay and acting will keep audiences riveted throughout the entire film. Despite expertly revealing the flaws of democracy in our nation, the movie also encourages minorities to embrace it so they can escape their conditions. It is a short and simple story, but not simplistic.

These patriotic films are a must-see for Independence Day with their patriotic plots and stylish wardrobes. So, guys, which one will you watch? We’d like to hear from you.