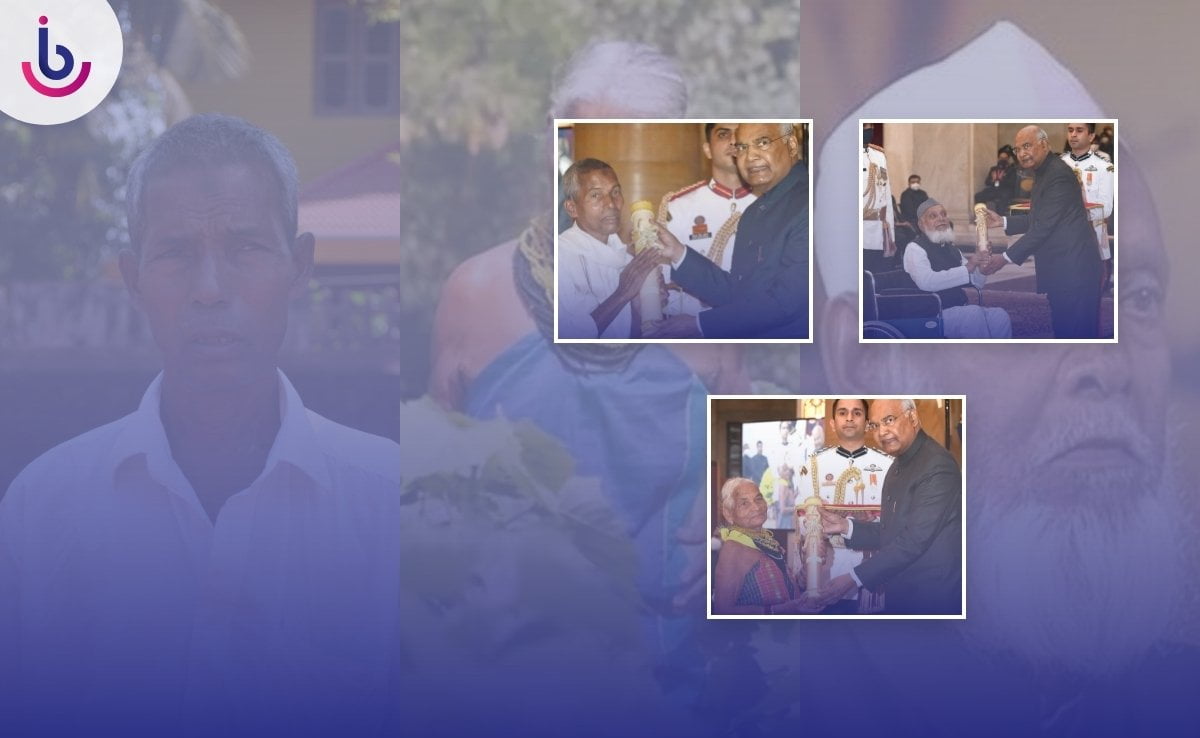 Every year people in various fields and disciplines are awarded Padma Awards- one of the great Civilian Awards of India. The Padma Shri Award, in particular, is presented for unique services in any field. The Padma Shri Award is awarded for several fields of activity such as arts, education, industries, literature, science, sports, medicine, social service, and public affairs.
The word “Padma” is derived from Sanskrit which means “Lotus” and “Shri” is an honorable word in Sanskrit. Every year, the Government of India declares the awardees on the auspicious occasion of Republic day. The President of India presents this award to the dedicated contributors in India.

Let us now get insight into the never heard before Padma Shri awardees right away!

Encyclopedia of the Forest.Smt Tulsi Gowda

An environmentalist, who bagged the fourth highest civilian Award recently is on the top of the list. In our present ( climate crisis situation ) situation of disruptive climate, Tulsi Gowda sets an extraordinary example for the people of India. Belonging to a tribal family background in Karnataka, she has reportedly planted 30,000 saplings, locals refer to her as the “Encyclopedia of the Forest”. Despite her lack of education, she has immense knowledge of all the plant and herb species. Sadly, she lost her father at a very young age and formerly worked at a local nursery along with her mother. Moreover, in the later stage, she gave volunteer services to the forest department. Praising her tremendous dedication, the forest department offered her a permanent job for 15 years. Her deviation for nature conservation is truly praise-worthy. She proudly accepted the award barefooted in traditional attire. 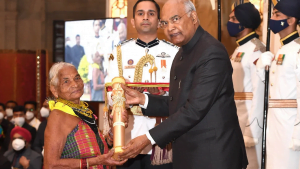 Harekala Hajabba is yet another social worker who has contributed greatly to his village. He is a fruit vendor who establishes a school in his village from his savings. For this impressive work, he was awarded the Padma Shri awards in 2020. Harekala, born in a Muslim family comes from Karnataka. Because he did not have the privilege of education facilities in his childhood, he decided to provide the children of their villages the schooling facilities. He started a school from his financial savings in his village, Newpadapu. He is well-known for his sacrifice despite the financial circumstances. He further dreams of building a college in his village to promote education. 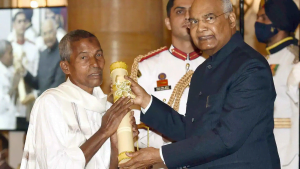 Apart from Padma Shri, he has received respect from many social activists and writer Ismath Pajeer who published a book on Hajabba’s life story. Moreover, he has received the privilege of being included in the syllabus of Mangalore university.

Another social activist who was conferred with Padma Shri Award is a bicycle mechanic from Uttar Pradesh. Born in Faizabad, India, Sharif is known for performing the last rituals for over 25000 abandoned dead bodies. The story behind him performing death rituals is sadly tragic. Reportedly, his son was murdered in 1992 and his deceased body was stranded and was later eaten by stray dogs. This incident made him realize the depth of the situation and since then, he visits hospitals and other potential places for stranded bodies and starts cremating the abandoned bodies with complete respect. Moreover, he follows all the last rituals as the religion of the deceased. He has also been featured in the show “Satyamev Jayate”. Mohammed Sharif is truly an idol of humanity. 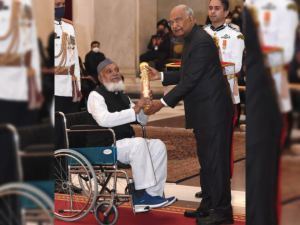